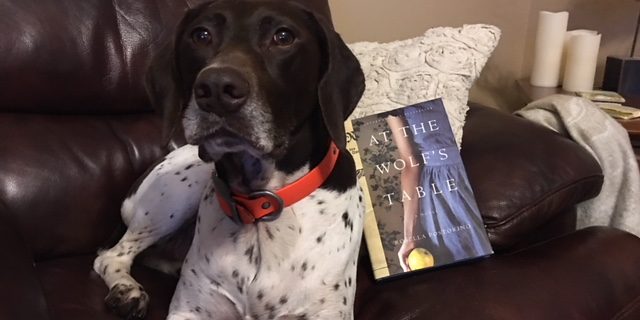 June is made for reading and Lolo and I are taking advantage of the dog days of summer with a stack of great books.

AT THE WOLF’S TABLE by Rosella Postorino was given to me by my sister-in-law, Jackie, and I’m so grateful that she did. This beautifully

written but devastating novel chronicles life in 1943 Germany for twenty-five year old Rosa Sauer who has been enlisted to be a food taster for Hitler.A long with nine other women, Rosa must sample Hitler’s food twice per day to test for poison. The women quickly break off into separate factions – those dedicated to Hitler and those like Rosa, who insist they are not Nazis. Which side of history will Rosa choose? 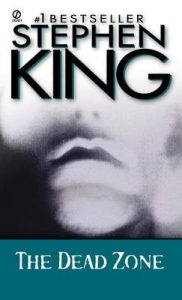 Throwback to1979! THE DEAD ZONE by Stephen King was first published in August of ’79 though I didn’t first pick it up until a few years later when I was a young teen (Shhh – don’t tell my folks, they would NOT have approved).  Recently, I discovered The Dead Zone 2001 television series starring Anthony Michael Hall and started binge watching. After the first few episodes I knew I needed to go back and reread the novel that terrified me as a kid. It has it all: a hero who wakes up after a six year coma with the gift (or curse) of  second sight and a creepy villain that could take down all of civilization. Reading this novel plunged me back to a time when in my life when hair was big, mascara was blue and “Where’s the beef,” was shouted from every television set. 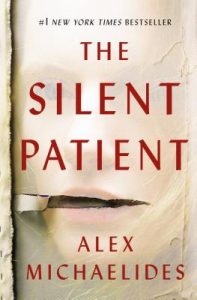 read and this compelling, atmospheric novel had me hooked on page one. A famous painter kills her husband and never speaks another word until a determined criminal psychotherapist begins to work with her. This novel is filled with twists and turns but I pride myself with being able to unknot the twistiest of tales and I thought I did but Michaelides wasn’t done with me yet!

I’ve been on the road a lot as of late going  to visit my folks so audio books are a must to pass the time. I’m finally

getting caught up on the novels of one of my favorite authors, Jodi Picoult. All I can say is get thee to thy bluetooth! SMALL GREAT THINGS was absolutely superb! I can’t say it any better than The Washington Post so I’ll leave you with their words: “Small Great Things is the most important novel Jodi Picoult has ever written. . . . It will challenge her readers . . . [and] expand our cultural conversation about race and prejudice.”